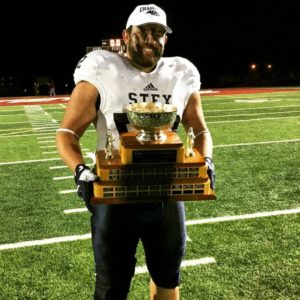 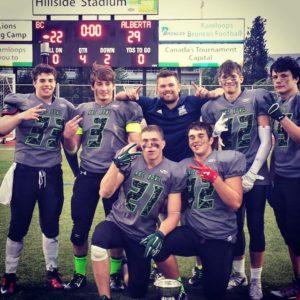 Coach Kuntz is a native of Camrose Alberta and has played in the central Alberta system his entire minor league career. From peewee, to bantam, to high school, Adam has been a major contributor to all teams he was involved with, winning major awards such as rookie of the year, defensive player of the year (x4) and Players MVP choice award. Adam as well has been a conference all-star in all 3 of his high school seasons. Adam found his passion to excel in football when he was selected to be a member of the 2008 summer games bantam team in his respected year. This is where he decided to join the original spring league shock team in 2009 where he was a leader and major defensive contributor, winning Shock pride awards in both 2009 and 2010 years. Coming into full circle now, Adam has had an extend career past minor sports as he played 3 seasons of Junior Canadian Football and 4 season in USPORTS in the AUS conference. In 2011 he played a year with the West shore Rebels in Victoria before returning back to the Edmonton area where he played with the huskies in 2012, and 2013. Finishing as the leading defensive points leader in 2013, The defensive player of the year accepted a full scholarship to Saint Francis Xavier University. Adam dressed in his first year and was a major special team and defensive contributor before he was named a starter in his 2nd season. Adam from there never gave up his starting position, as he was a dominant player at the MLB position. Winning the Phil Hughes most dedicated award that lead to Adam joining the leadership council for all of StFX Athletics. Adam Spent 3 years with this academy and was on the disciplinary committee as well.  Winning back to back conference championships in 2015,2016 StFX competed in the Uteck and Mitchell bowls where they came up short in both games on the national stage. Adam was a big part of the teams’ success as he was a team captain and leader throughout the process of creating a championship calibre team. In 2016, Adam was named an AUS conference all-star as he finished 2nd in tackles in the AUS. Adam was privileged in being selected among the 1000’s of players across Canada to compete in the annual 2017 East West Bowl game. The game itself was to show case the talent of the all star’s across the country in front of CFL scouts. After finishing his senior year, Adam came up short of the CFL. He found offers to play in the Europe pro league, but was ready to call it a playing career. Looking for change, Adam has decided to hang up the cleats and pick up his whistle, as he is shifting his direction into helping the youth of central Alberta to reach their true potential in the game of football. Providing guidance, knowledge and experience in how to be not just a next level football player, but a better well rounded person. We are excited to have Coach Kuntz with us, as he will bring a reignited spark to the shock football program and provide passion and innovation the the spring league team. 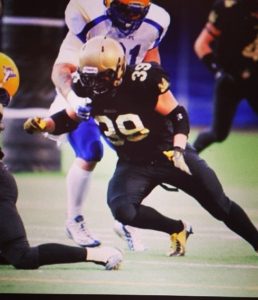 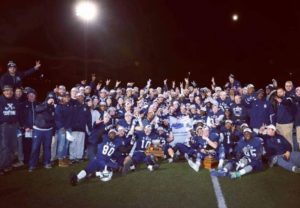 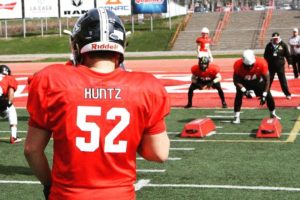 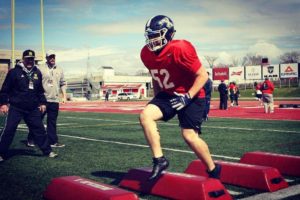 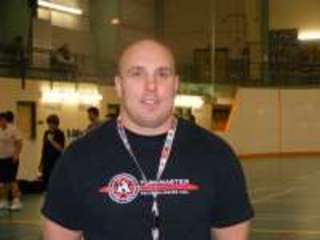 20 years of coaching experience.Began coaching in 1997 at Wetaskiwin comp. Coached all youth levels from atom to high school. Worked in almost every role from unit coach, coordinator and often head coach.

Graduated from Wetaskiwin Composite high in 1992, went on to play with U of C Dino’s and Edmonton Huskies. 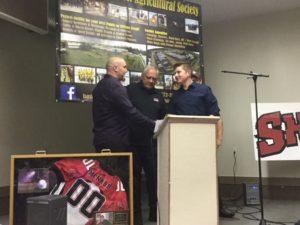 Maren, wife Mande, and children Madelaine, Regan, and Lachlan reside on their ranch near Hay Lakes since 2003.

A graduate of Wetaskiwin Composite High School in 1992, Maren experienced football success playing on a league championship team that advanced to provincial finals. After high school, he played the 1993 season with the U of C Dinos and 1994,95,96 seasons with the Edmonton Huskies of the PJFL.

The 2010 season will be Maren’s 14th season coaching minor football. His focus remains on the growth of the sport of football in central Alberta.